Like Hiking Through a Fairy Tale: Pictures of the Saxony Switzerland

The hike we did on the third day was a continuation of the hike we'd started on our first day. If you recall, we'd planned to hike from Stadt Wehlen all the way to Hohnstein, but ended up cutting the hike short in Rathen instead. This time, we took the bus back to Bastei and then continued the hike from there (we really didn't mind another opportunity to admire the Bastei bridge!).

It had rained the night before, so there was mist rising as we started the hike. The mists in this region are famous - the painters I talked about last time loved them, as I'm sure you can imagine.

Mists or not, I'd argue that this section was the most beautiful one of the hike. We also loved that it was quite varied, from Bastei through to different valleys and over the heights in between. I'm sure you'll agree as you look through the pictures :). Since all the pictures make the post long, you'll find the remainder behind the cut.


After a while, we came up to this place. It's an old guesthouse that was in the process of being renovated...and then just stopped. It looks like it was abandoned abruptly in the middle of use and construction - one of the doors was slightly ajar, there were curtains in the windows of the finished buildings, the half-finished wall you see in the third picture, and construction equipment that was starting to become overgrown lying around. It was delightfully creepy and we spent a bit of time poking around (we didn't go in any buildings, obviously. We do have some manners, mom). 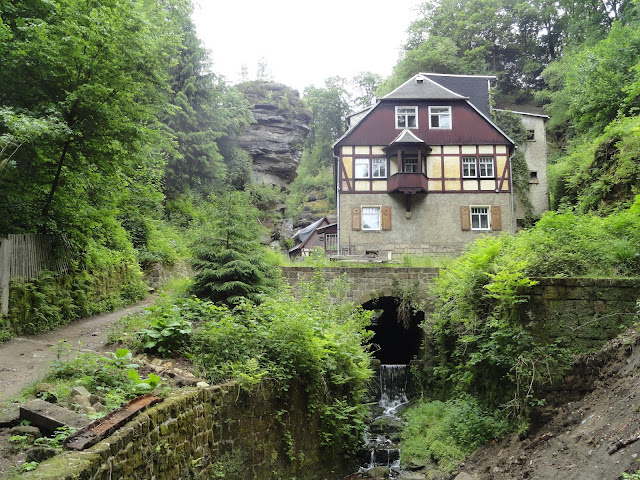 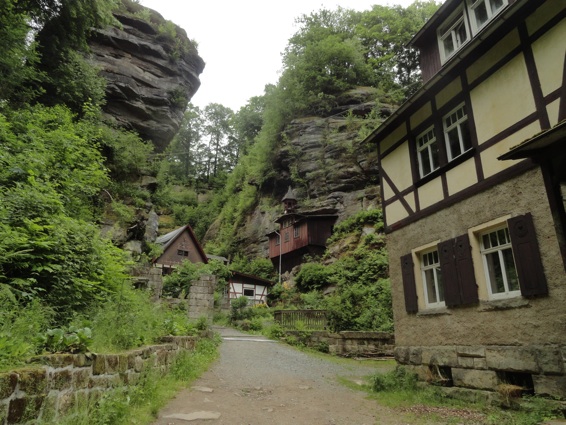 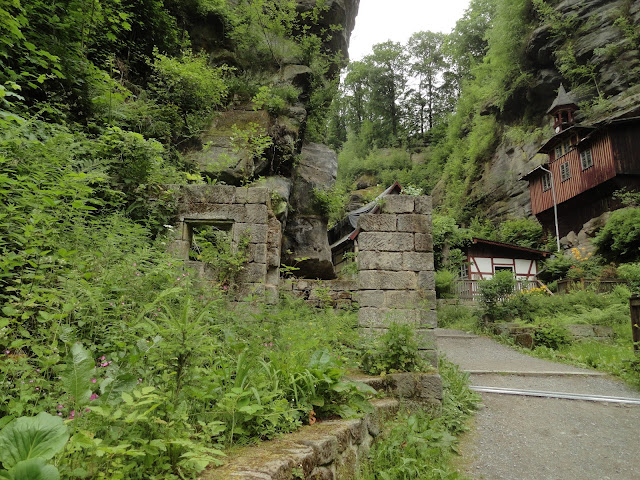 After another 30 or so minutes of walking, we came to another (open!) guesthouse adjacent to the little stream. We stopped there for the all-important Kaffe und Kuchen, and were amused to hear the radio speaking about Canadian foods (beaver tails, to be precise). It took us a while to figure out that Germans were suddenly interested in Canadian food because, of course, the FIFA Women's Cup was taking place in our home country at that same time. 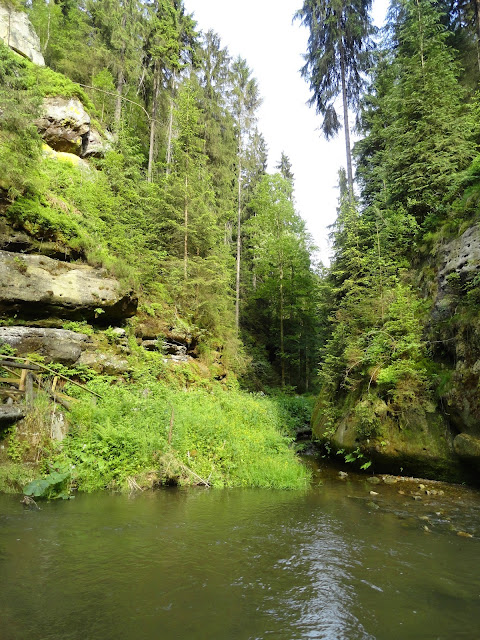 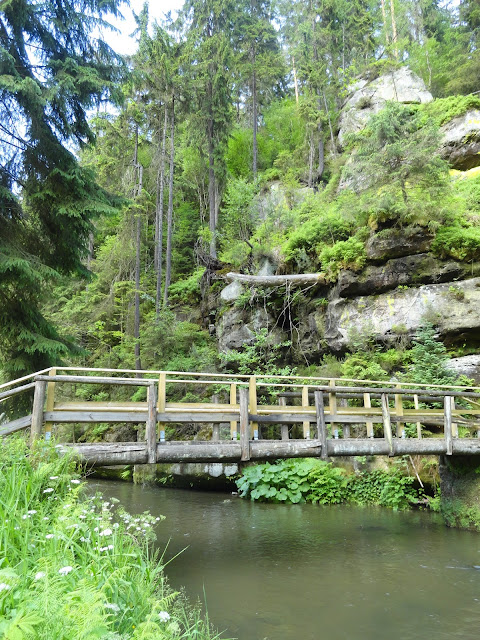 Onward to the next, and final, portion of the hike! Here, we hiked up the other side of the valley (thankfully less sketchy than the way down) and into Hohnstein. 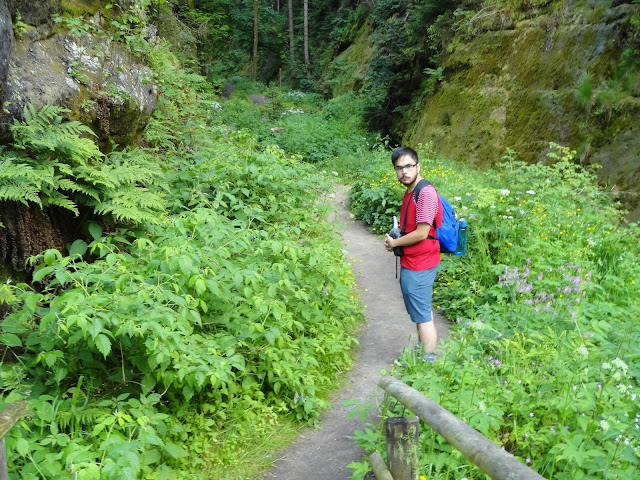 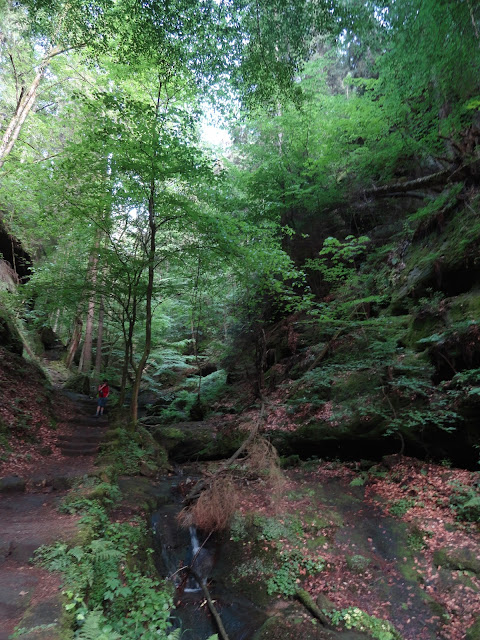 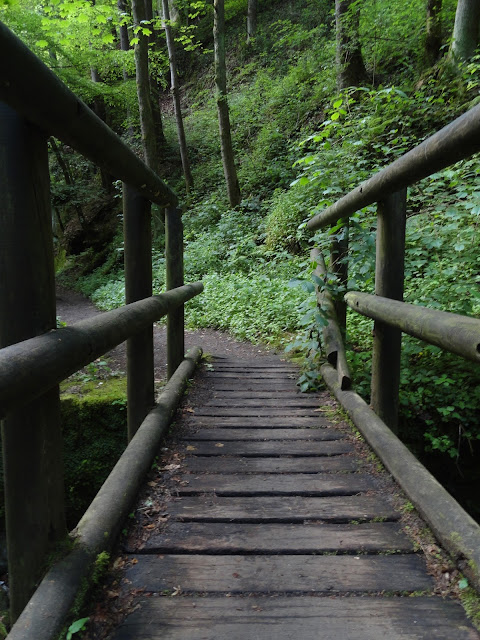 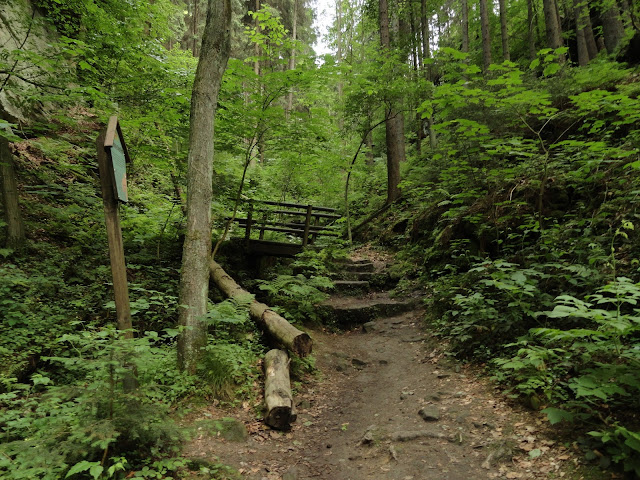 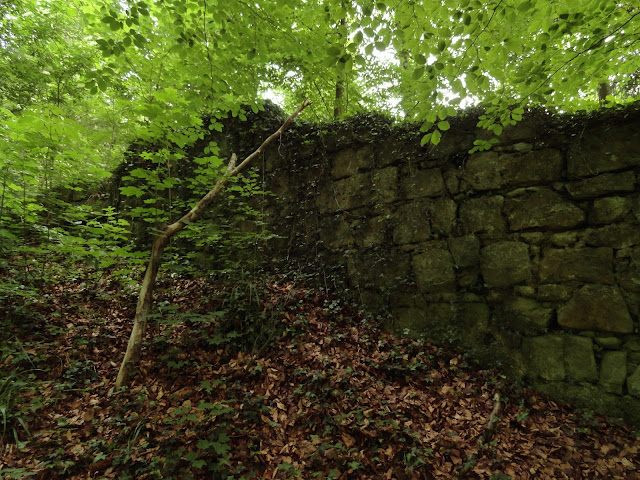 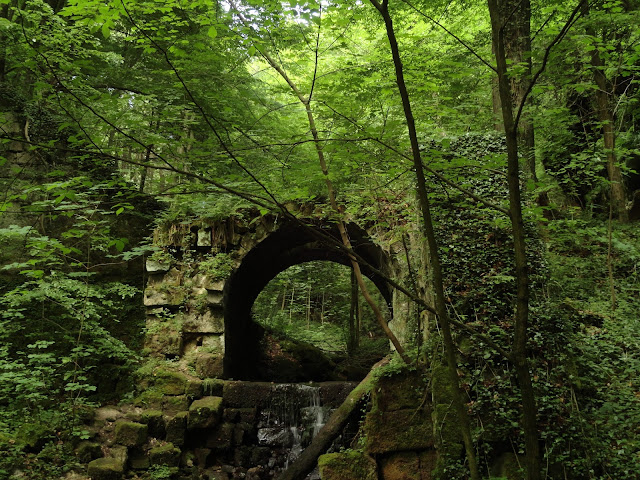 This brought us into Hohnstein and to the end of our hike. Stay tuned for some more coverage of Hohnstein and some further mishaps we encountered!
Posted by Sophia at 12:07