For anyone that read my last post, I have now wrapped up coverage of Eisenach. After a week there, staying with my grandparents, Tristan and I set out on our own. Our first stop? Erfurt. We were quite excited for what would be our first time travelling independently, together.

Of course, we promptly failed miserably. We hadn’t looked up hostels beforehand, due to a combination of not-great internet in Eisenach and not knowing when exactly we were going to travel there (and also the fact that looking up hostels is time-consuming, a fact we were to become very acquainted with by the end of our trip). We got to the train station in Erfurt around noon, and promptly spent about an hour eating, finding internet (more challenging than you’d think!) and, once we’d found a hostel, phoning them in hopes of finding room. Then, once we’d gotten to our hostel, we found the price they were charging us was ridiculous (it ended up being our most expensive night on the trip with the exception of the castle stay, which I’ll talk about later. Crazy!) Then we got lost trying to find our room (it was in the hostel’s second building, several blocks away from the reception building). By this point it was getting well into the afternoon as well, and we only had that day in Erfurt. I promptly had a breakdown.

After that rocky start, however, we found Erfurt a lovely city. The hostel, horrendous pries aside, is located in or close to the Villenviertel (the area with all the 19th-century villas) and thus in a beautiful area of town. We ended up spending our evening exploring "our" area.

However, prior to this, our first stop was the medieval town centre. The town centre is amazingly well preserved (I suspect this is largely due to the fact that Erfurt would not have been a target in the Second World War, unlike Eisenach which had a car/airplane factory). We also timed our trip wonderfully: it was a glorious hot (but not too hot) summer day, perfect for leisurely wanderings in a town. 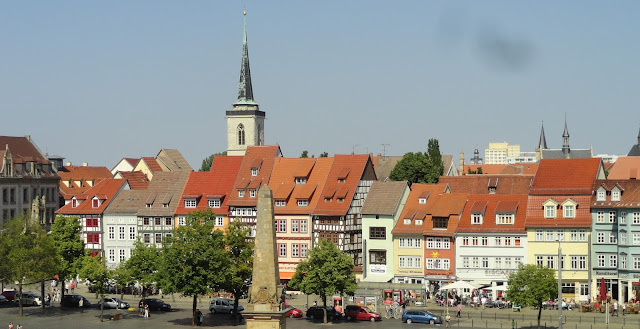 Particularly fascinating for us were the narrow alleys, some of which actually felt as though you had stepped into the past. (They provided the added advantage of being free of crowds, which may have helped...) 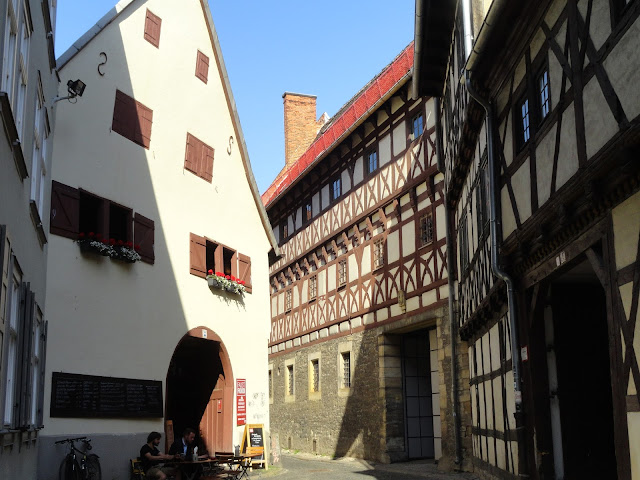 What makes the town centre even lovelier is that a river (the Gera) cuts through it. In many European towns, small rivers and streams like this one were moved underground at some point. This one, however, was left at the surface, and it adds a lot of beauty and character to the town centre.
In particular, this river produces one of Erfurt’s most distinct attractions: the Krämerbrücke (Krämer-bridge, from an old German/Austrian word for merchant). This bridge is completely covered in houses and shops (hence the name) on either side of the pedestrian path that crosses it. When crossing the bridge, it is easy to miss that one is on a bridge, since the water isn’t visible. In fact, we missed it completely and had to double back and cross the bridge again before we realized where it was! 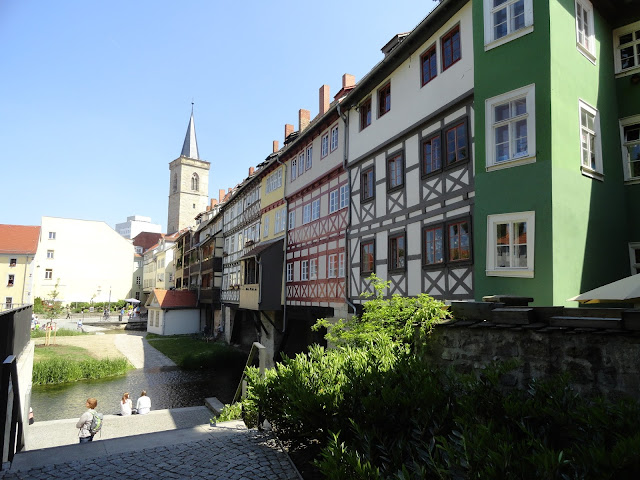 However, in a carless street lined with half-timbered houses, with shops in the ground floors and living spaces in the stories above, we couldn’t help but feel as though we’d stepped back in time.
Other than this – and the novelty of knowing we were walking across a bridge when it looked like a normal street – we found the Krämerbrücke much nicer and more interesting from the outside. Beside the bridge and on the river, we found a lovely park where we spent some time and took far too many pictures.
It seemed like half the city was out in the park, enjoying the wonderful warm weather. We were quite happy to sneak in with them and imagine we lived there as well!

On top of being beautiful, the town is also delightfully quirky. This is a fountain of the Bremer Stadtmusikanten (Bremen city musicians) from an old fairy tale.

The other big attraction in Erfurt – the Erfurt Cathedral – was our next stop. Walking there took us through further sections of the old town, so no cause for complaint! The Cathedral is a spectacular example of the late Gothic style. Gothic churches were built to be grand and impressive and this cathedral delivers, helped by the fact that it is located on a small hill above the city. We were certainly quite awed by it.

There is nothing in this cathedral that isn't super ornate…just like a good gothic cathedral should be! 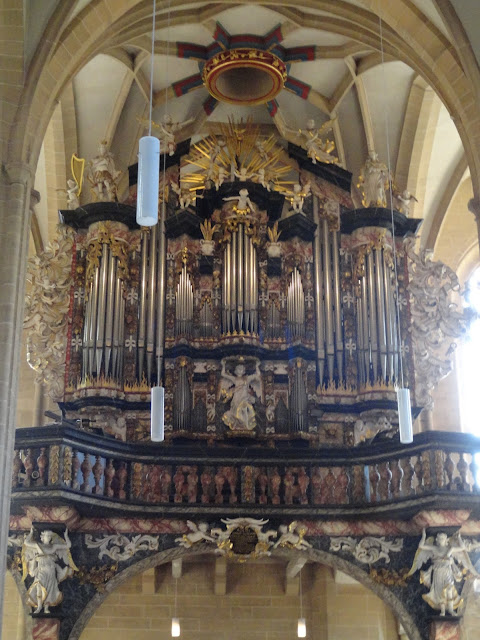 Further attractions included the city hall (with this adorable postbox outside)... 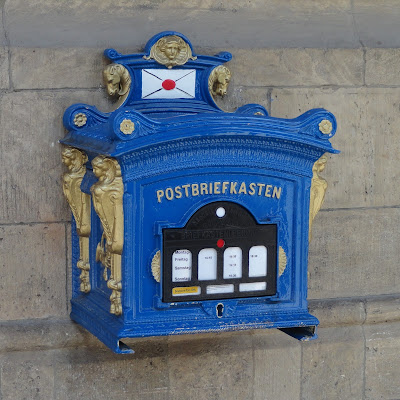 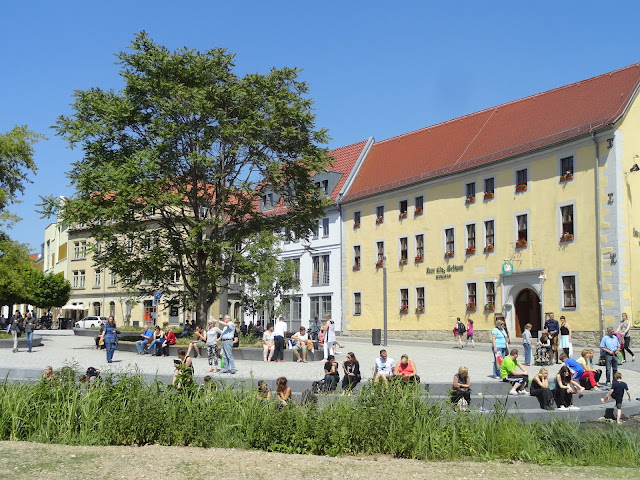 …and a very important stop for ice cream. 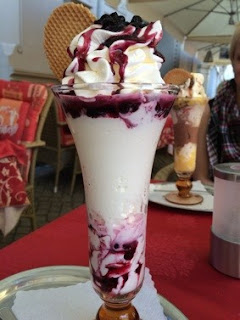 As you can see from the pictures, Erfurt is beautiful, and we couldn’t have picked a better day for city wandering. We were so charmed by the town, particularly the city centre, that we promptly started discussing moving there and opening an ice cream café. We’ll see, I suppose ;).

Next up will be our extensive adventures in the Saxony Switzerland National Park. Stay tuned!