Exams and Christmas are over, and I'm back! For now, here's another tale from Tristan's and my time in Europe in the summer of 2015. 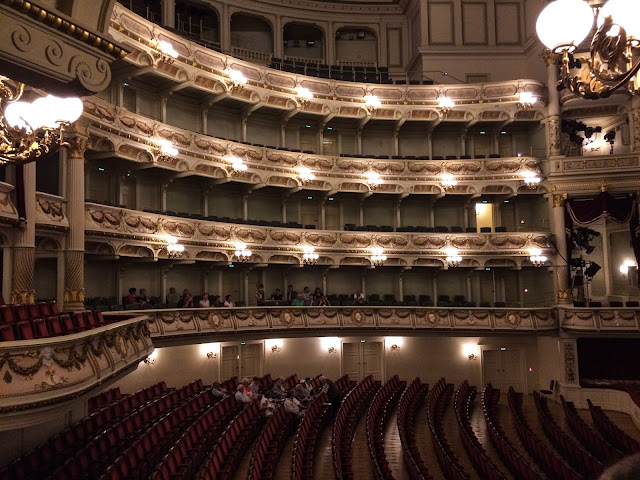 
We ended up quite lucky and found a lovely Pension (B&B/guesthouse-esque place) that cost us roughly what a hostel would have cost us (or less), for a large room with our own small but proper kitchen.
Neustadt was exactly the kind of area I’d envisioned and loved: quirky, artsy, colourful, with young hipster parents pushing their children past barefooted hippie kids like you’d see in Canada heading west to go pick fruits cheerfully begging on street corners, punks and goths – all piercings and spikes and colourful hair – crossing the street behind them, a rush hours’ worth of cyclists and skateboarders rolling through the streets. 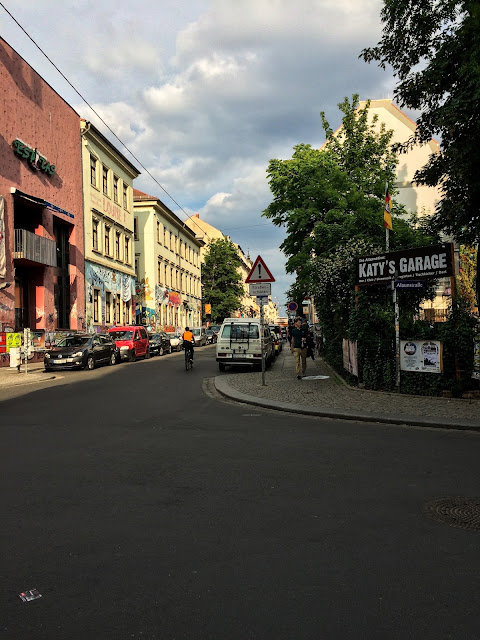 Small, traditional bakeries rubbing shoulders with piercing parlors, artsy apartment buildings beside used bookstores, graffiti and street art – banal, political, and sometimes outright inappropriate – on every block, and bars. So many bars! It is no exaggeration to say I’ve never seen such a high concentration of bars anywhere.
The next morning dawned cloudy. We spent more time wandering the Neustadt, and took our time over lunch, enjoying the luxury of being able to cook our own food. The afternoon saw us, finally, heading to what the tourists come here to see: the beautifully restored Altstadt, or Old Town.
The Old Town was almost completely levelled in the American firebombing of the city at the end of the Second World War. In the intervening years, it’s slowly, lovingly been reconstructed, culminating in the rebuilding of the Frauenkirche, which I'll talk more about in a later post.

While walking by the Semperoper, Dresden’s famous opera house, I spotted a sign saying “English Tour, 3pm”. My watch said 2:45, so I nudged Tristan and suggested we ask if there were still places available.
The tour was quite fascinating, and I learned a number of things. For one, I’d long wondered why the building was called Semperoper and not, say, Dresden Opera House or so. As it turns out, the building is named for its architect, Gottfried Semper.
The tour guide also explained that many of the decorations inside the opera, especially the marble walls and pillars, are not real but trompe-l’oeil. The “marble” was painstakingly hand-painted and -made by highly skilled marble. The reason for using fake marble over the real thing? At the time of the original opera house’s construction, the trompe-l’oeil “marble” was more expensive than using real marble would have been. 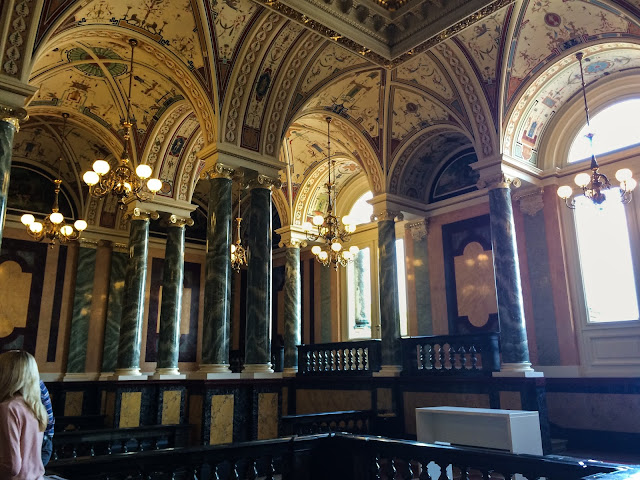 Another interesting tidbit was that the current opera house is the third opera house at that location. I knew of course that the old building had been destroyed in the firebombings and then later rebuilt, but what I did not know was that there had been one even earlier opera house. 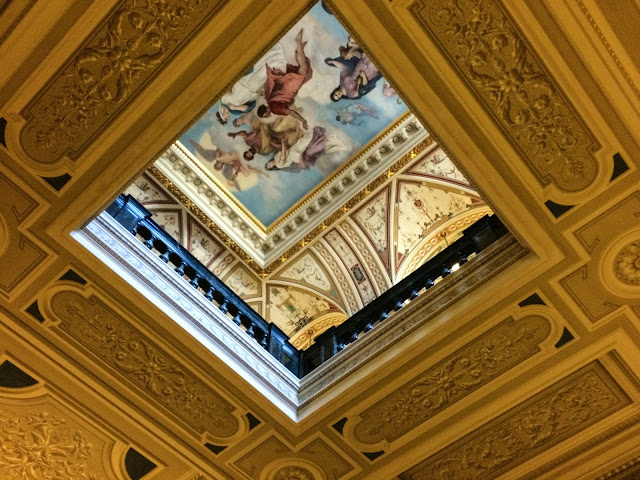 This first opera house was also designed by Semper; sadly, it burned down a few years after its 1841 opening. The people of Dresden immediately insisted that a new opera house be built at the same location, and that Semper design and build it. However, there was a little hitch: Semper was in exile after taking part in an uprising…so he couldn’t come back to Dresden for the building. The problem was eventually solved by having Semper’s son oversee the building based on the father’s designs.
That said, the most interesting (to me) fact came when our tour guide talked about the rebuilding of the opera house after the war. Two designs were proposed for the interior of the main "room": the original, opulent Baroque design, or a simple modern design.
Computer simulations were run on both proposed designs, and it was found that the old design had the better acoustics. Apparently those fancy decorations actually helped the acoustics…and the Sempers somehow worked that out without any of the technology and modelling we have now. Quite impressive!

Post-tour, we walked around the Old Town some more, eventually ending up in the Zwinger, part of the old palace. Here, the clouds cleared and we were blessed with amazing evening light painting the palace in gold. 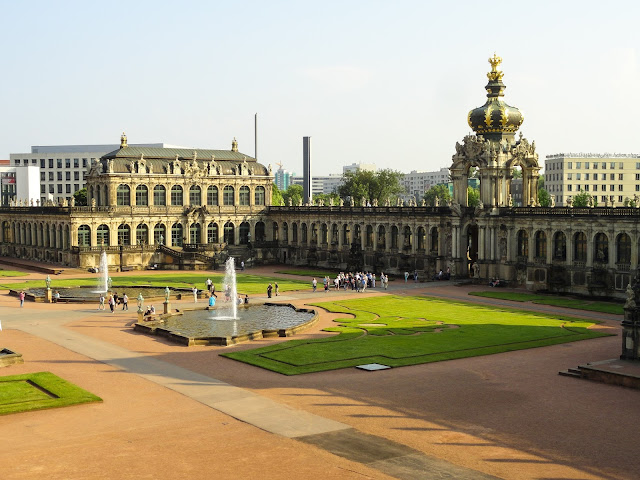 All Semperoper and Neustadt photos are by Tristan.

We stayed at Pension Ole in the Neustadt and were extremely happy. Their website is in German; you can find some English info here.

The Pension is just off Königsbrückerstrasse, where the tram line 8 runs regularly and will take you directly to the old town (get off at Theaterplatz for the opera house). Tram lines 7 and 13 run nearby too.

The Semperoper generally has one guided tour a day in English and several in German. Tickets are 10€ normally and 6€ reduced (for students); a Dresden City Card gets you a discount as well. The somewhat confusing tour ticket website is here.