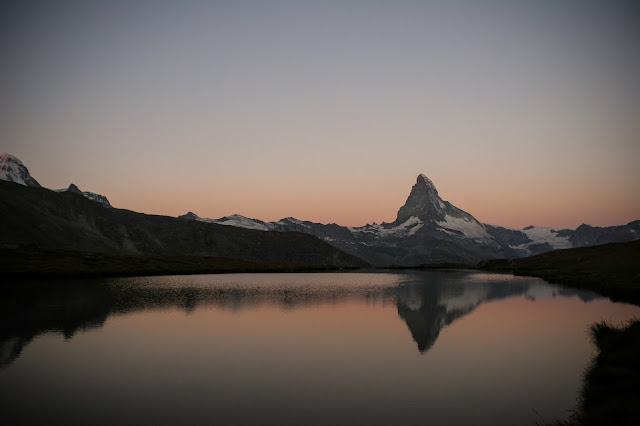 Well, my 2016 was a pretty wild year (then again, my life never gets boring, and I find myself saying that about every year...).


Places visited:
Montreal, QC, Canada
This was my first time returning to Montreal since I was a child, and only my second time since I lived there. While not all my memories were bad, I associated Montreal with a bunch of negative things since that time. This visit, though very brief, gave me the opportunity to build a little bit of a new relationship to the city and make some new memories of my own, as an adult.
Halifax, NS, Canada
The furthest east I've been in Canada was New Brunswick, so when the opportunity came to go to Nova Scotia for a conference I jumped on the chance - particularly as it was in Halifax, which I'd heard great things about and really wanted to see.
The conference itself is the biggest in my field in Canada, and going was a fantastic opportunity. I got a better sense of opportunities in what I'm studying, in addition to making contacts (always critical!) and learning about other people's research (always cool).
Despite spending most of our time at the conference, Tristan (yes, he also went) and I still managed to fit in some time on the waterfront and in Point Pleasant park, as well trying our way through a collection of the city's excellent restaurants, pubs, and coffee shops and eyeballing as many pretty old buildings as possible.
Switzerland
This country was, somewhat obviously, the highlight of my summer. I've already posted extensively about my time there, and there will be more forthcoming!
Germany
Living so close to the German border while in Switzerland, I popped over there regularly for grocery (and beer...) shopping. That said, I wouldn't really consider that visiting...

I did swing by my grandparents' place for a few days in the midst of my time in Switzerland (you may recall Tristan and I starting our 2015 Europe trip there). This time around, I didn't hit up most of the tourism that Eisenach has to offer, preferring instead to spend as much time in my grandparents' company as possible.
Liechtenstein
From the moment that Switzerland was certain, I knew I had to swing by Liechtenstein. Of course, I wanted to add to my passport stamps. However, I'm always intrigued by places people don't go to; I've only heard from one person who's been to Liechtenstein, and so my curiosity was piqued.
I spent the weekend there (most people do a day trip from Austria or Switzerland if they do go), hiking the country's most famous trail - a stunning and challenging hike - and cycling along the Rhine on a gorgeous, sunny summer day.
I really liked my time this tiny, quirky country, the sixth-smallest in the world, remarkably friendly and defiantly proud of being a monarchy...and with exactly one youth hostel.
Domodossola, Italy
I went to Domodossola, Italy, for half a day after leaving Zermatt at the end of my time in Switzerland. This mini-trip was, to be honest, done mostly with the intent of stamp-collecting (I've never been to Italy, and this was the easiest spot to get to). 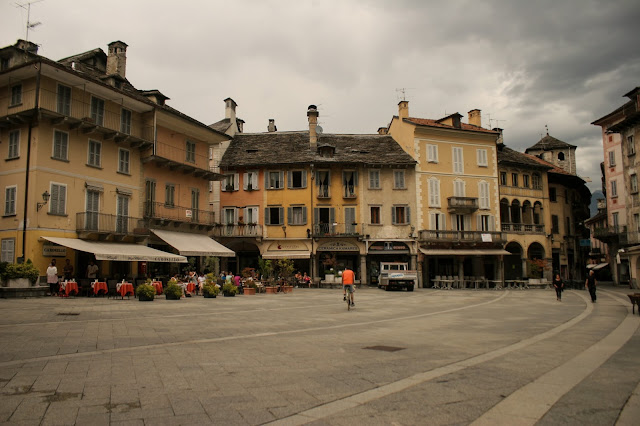 I'd never heard of the town before, but it's home to a world heritage site. I spent an enjoyable afternoon wandering the Sacri Monte, and was surprised by how you could instantly tell you were in Italy the moment you crossed the border from Switzerland. 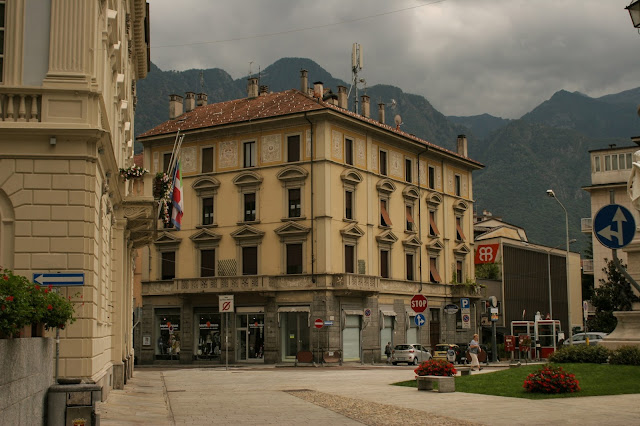 London, England
I flew through London on my way home from Europe, making use of WestJet's new direct flights from London to Winnipeg. However, having never been to London before, I wanted to see at least a few of the sights. Highlights included meeting Jason (my unofficial couchsurfing host), in whom I found a kindred spirit, and seeing Tower Bridge, Buckingham Palace, and the Big Ben with my own eyes. Thanks to Jason for being a rocking tour guide, and to him and his housemates for graciously allowing me to occupy their couch for two days.
Much like Montreal, England is place I haven't been to since I lived there as a child and a place I had negative associations to. There's a certain symmetry to beginning and ending my trip in those two places, and a whirlwind day in London proved to be a fun end to my epic adventure. Oh, and not having to change planes after a transatlantic flight? Priceless.
Highlights:
Halifax. I fell in love with this city. The people are friendly, it's full of beautiful old buildings (by North American standards, that is), in a gorgeous location, and felt vibrant and full of life. I'd love to return and also see more of the province, and of the east coast more generally.
Switzerland. Obviously. More specifically:

Guesthouse life. Guesthouse life, which I talk about a bit here, had its downsides (not a proper kitchen, no privacy, being isolated...), but my time in Switzerland would not have been the same had I not lived there. Meeting people from all over the world, making wonderful friends, some of whom I still talk to on a near-daily basis, and the great social life were some of the biggest highlights of my summer.
Zermatt. I went to what might be the country's most famous mountain town/tourist destination at the end of my time, accompanied by hiking/travel companion extraordinaire Michael (who accompanied me on the 5-Lakes hike and to the Walensee). I figured seeing the Matterhorn would be cool and all, but I didn't expect to like Zermatt that much; I thought it would be crowded and full of rich people and expensive, well, everything. I was wrong (well, okay, it was expensive), and the two hikes I did there are among my most memorable ones from Switzerland.
Seeing and photographing the Matterhorn at sunrise is quite possibly a once-in-a-lifetime experience, and while it meant barely sleeping, I was awed and utterly blown away by the spectacle.
The other hike took me around the Matterhorn's rarely seen north face, past enormous peaks and jaw-dropping vistas, to and beside multiple glaciers, and left me the accomplishment of solo-hiking 20km with multiple ups and downs.
National Day in Engelberg. I really wanted to experience Swiss National Day celebrations while in the country. In particular, I wanted to see the Höhenfeuer, bonfires lit on hill- and mountaintops, a traditional and very Swiss part of the celebrations.

The day of, Dominik and I ended up on an impromptu via ferrata (between hiking and climbing) near Engelberg. Through bad (or good?) luck, we didn't make it back down from the mountain until darkness had fallen, with about an hour before the last train of the night. I lieu of catching the celebrations in Lucerne, as I'd planned, we joined the party on the streets in Engelberg. It was wonderful: stands selling beer, others selling fresh baked goods, live music, children parading with lanterns, and all around, the bonfires up on the heights.
We were struck by the fact, too, that the celebrations were clearly for the locals and had not been put on as a tourist show, despite the fact that Engelberg is a popular tourist destination and we were far from the only foreigners in the crowds.

And then, when we left by train, the fireworks started going off. It was even better than anything I'd imagined experiencing for National Day.
Swiss Food. I had proper Swiss food exactly three times: Alpenhörnli, the Swiss equivalent of mac'n'cheese, at the hut on Stockhorn and on Titlis with the ThinkSwiss people, and when I went for fondue and raclette with Bruna and Sierra in Zürich. However, I love anything that involves cheese and starch, and so Swiss cuisine is right up my alley. The raclette is possibly one of the yummiest meals I've ever had, mmmm.
Lowlights:
It can all be amazing, all the time. Some low points include:

Alright, enough sadness! Back to some positivity.

Thanks for sticking around for my adventures, and I promise you many more tales in 2017! 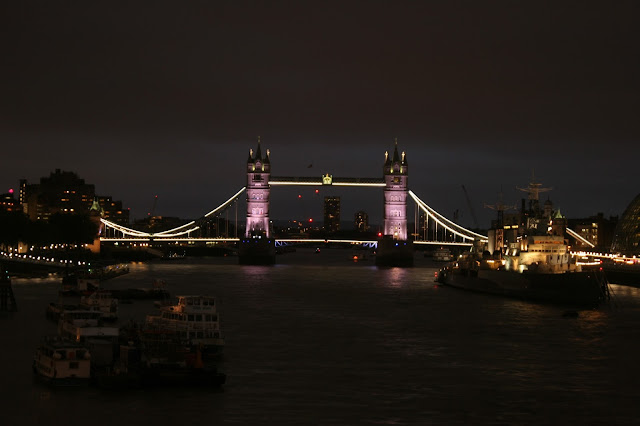