Coffee and Weirdness: A Visit to the Giger Bar in Chur 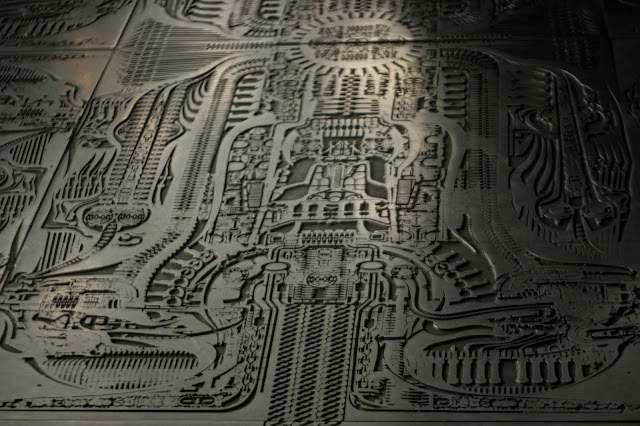 I did some reading on sights to see in Switzerland before I left. Now, I promptly forgot the vast majority when I got there (most were either mountains or castles and I could get better tips from my coworkers on those anyways), but one did stick with me and I was determined to go see it.

To the presumably great surprise of those of you who know me and/or read my blog regularly, this sight had nothing to do with either old buildings nor with mountains.

No, this sight was the Giger bar. 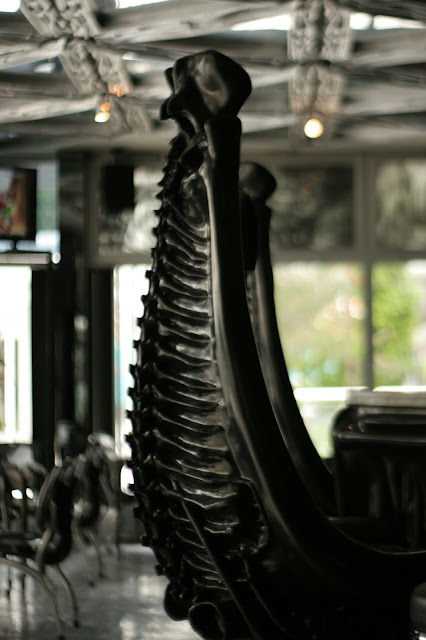 Even if the name H. R. Giger doesn't tell you anything, you're probably at least passingly familiar with his work. He has a large and very influential body of work, though what he's best known for is his design work on the Alien movies. He was born in Switzerland, specifically in the city of Chur, in the very east of the country.

Now, here's where I have to admit that despite really liking both anything sci-fi and biomechanical-style art, I've never seen the Alien movies. But, the pictures I had seen of the Giger bar were enough that I wanted to go see it in person. 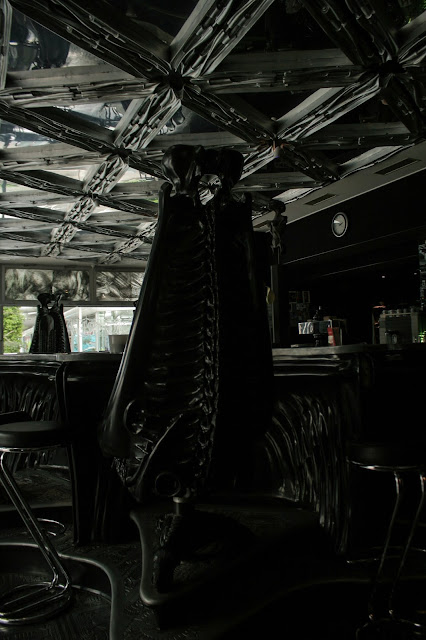 That said, Chur is far enough from where I lived in Switzerland (and I not nearly dedicated enough a fan) for me to make the trek there just to see the bar (and, frankly, I'd argue that unless you're a Giger super-fan it's not worth the trek just for that regardless). But, I'd found a hike that I decided I had to do starting in the nearby village of Flims...and getting there involved a transfer in Chur. Perfect, no?

The bar isn't located in the city centre, where the train station is; it's located a ways out - though, conveniently, the bus to Flims has a stop there.
I was a bit surprised when I got out of the bus at the stop google maps had given me to find myself in a business/outlet shops area, and began wondering if I was actually at the right place...but there was a clear sign saying "Giger Bar" and pointing away from the road.

Once you've walked past the first shop buildings by the road, you can't miss the bar.
I ordered a coffee - I wanted my afternoon coffee anyways and figured it would be a good excuse to stay at the bar a little while - and began taking pictures. I was trying to be discreet about pictures at first. The staff person told me later that I was welcome to take as many as I wanted, but to begin with I decided it was better to ask forgiveness than permission :).
The décor is really cool! There's an enormous amount of detail and so even if you're not photographing it's worth spending some time to look around. 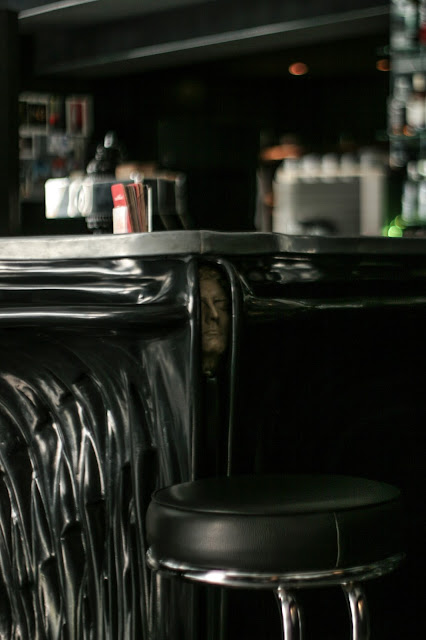 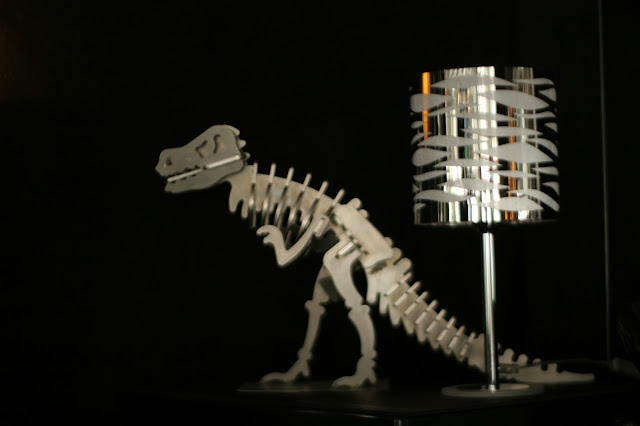 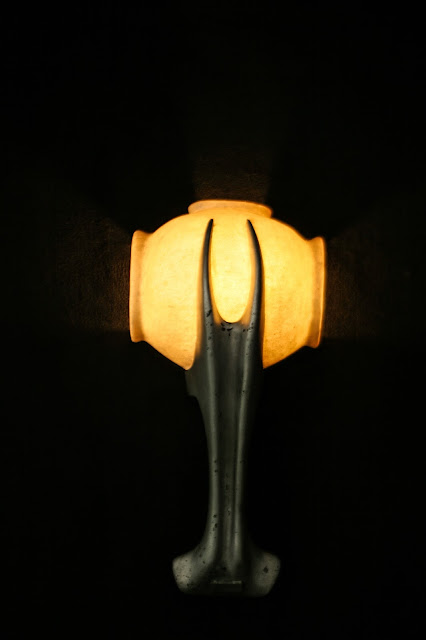 For photographers, the bar is a dream. Do be aware that it's fairly dark in the bar (for the ambience, you know), so you'll be shooting in low light conditions. Two of the four walls have large windows, so chances are you'll also find yourself with backlight. 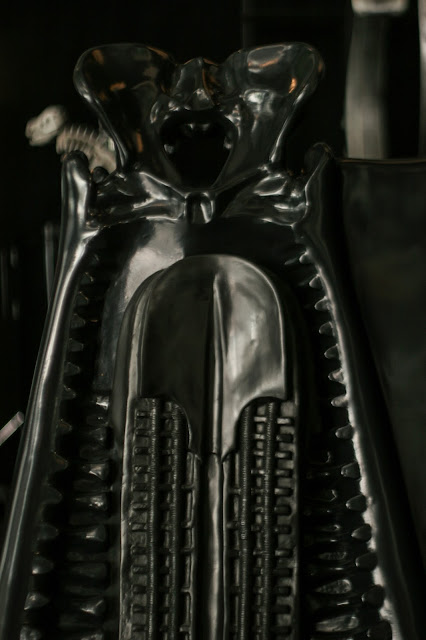 I was more concerned with looking around and taking pictures, so I didn't note down what I paid for my coffee, but from what I recall it was between 4 and 5 francs, typical pricing for Switzerland.

The bar is weird, I will say, and not in the way you'd expect a bar by the designer of Alien to be weird. For one, the bar is only open during the daytime (until 8pm most days). Since it really is a bar,serving mostly alcoholic drinks, this surprised me to learn. I do think it's a bit if a shame, because the ambiance would be even better at night, when it's dark out and you'd only have the bar's mood lighting.

Also the fact that there were flowers in front of the bar... 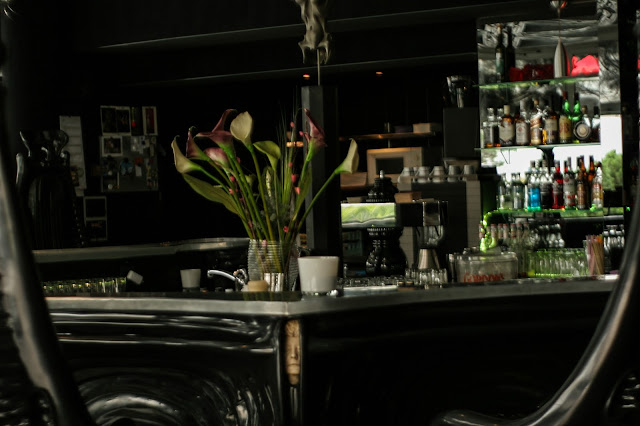 The other thing I found weird about the bar was its location. As I mentioned previously, the bar is located in the middle of an outlet shopping and business centre, with bland identical concrete buildings you could find in any city. It is really strange to look out the window from the dark, imaginative interior of the Giger bar to see...a sign for a sports-nutrition store. 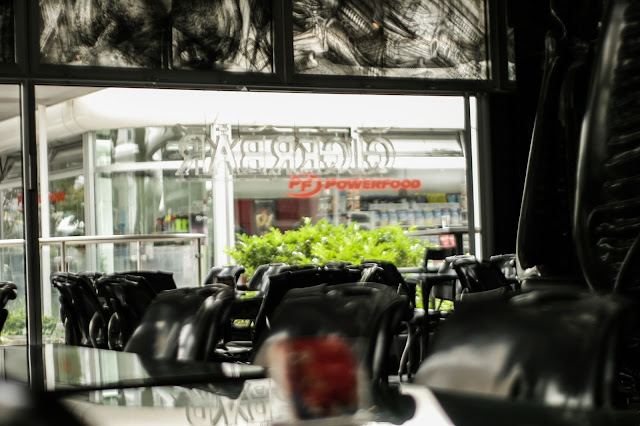 But, if you can ignore the exterior, the interior of the bar is wildly fascinating and worth spending some time in. 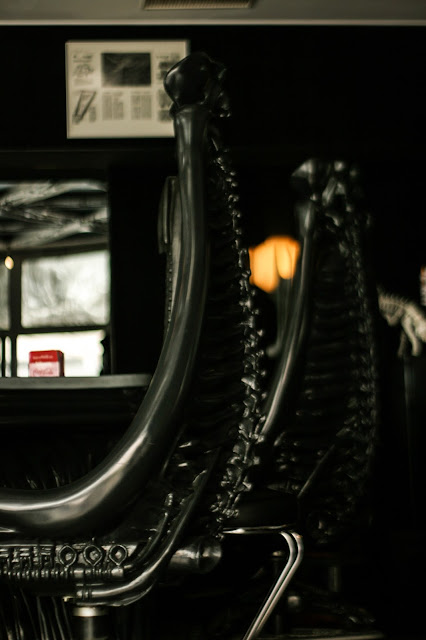 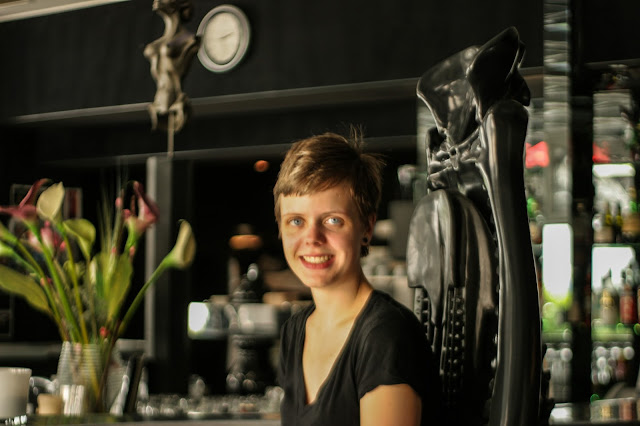 The Giger bar is located in the business district in the west of the city. You can reach it in about half an hour's walk from the train station, though the way isn't completely straightforward. To avoid the walk, take bus 1 from the train station to the stop Chur Agip. At the top, turn your back to the road and the sign pointing to the Giger bar should be right in front of you (and the bar itself straight ahead). Alternatively, you can also take bus 6 to the stop "Chur, City West", or the City Train (S-Bahn) S1 or S2 to Chur West.
Posted by Sophia at 15:54